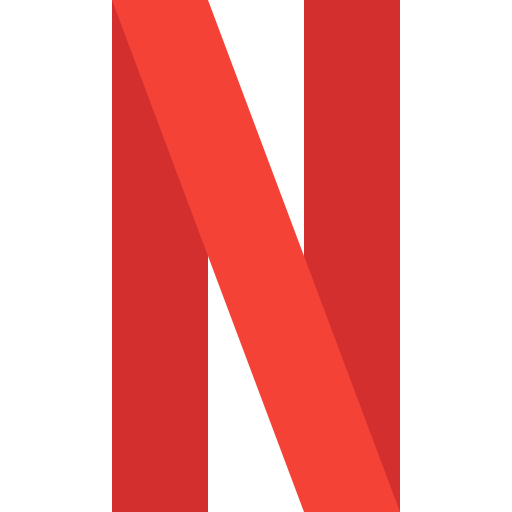 Today, I will write about my study at Wollongong university in Australia.

Today's topic is about 'University application'. 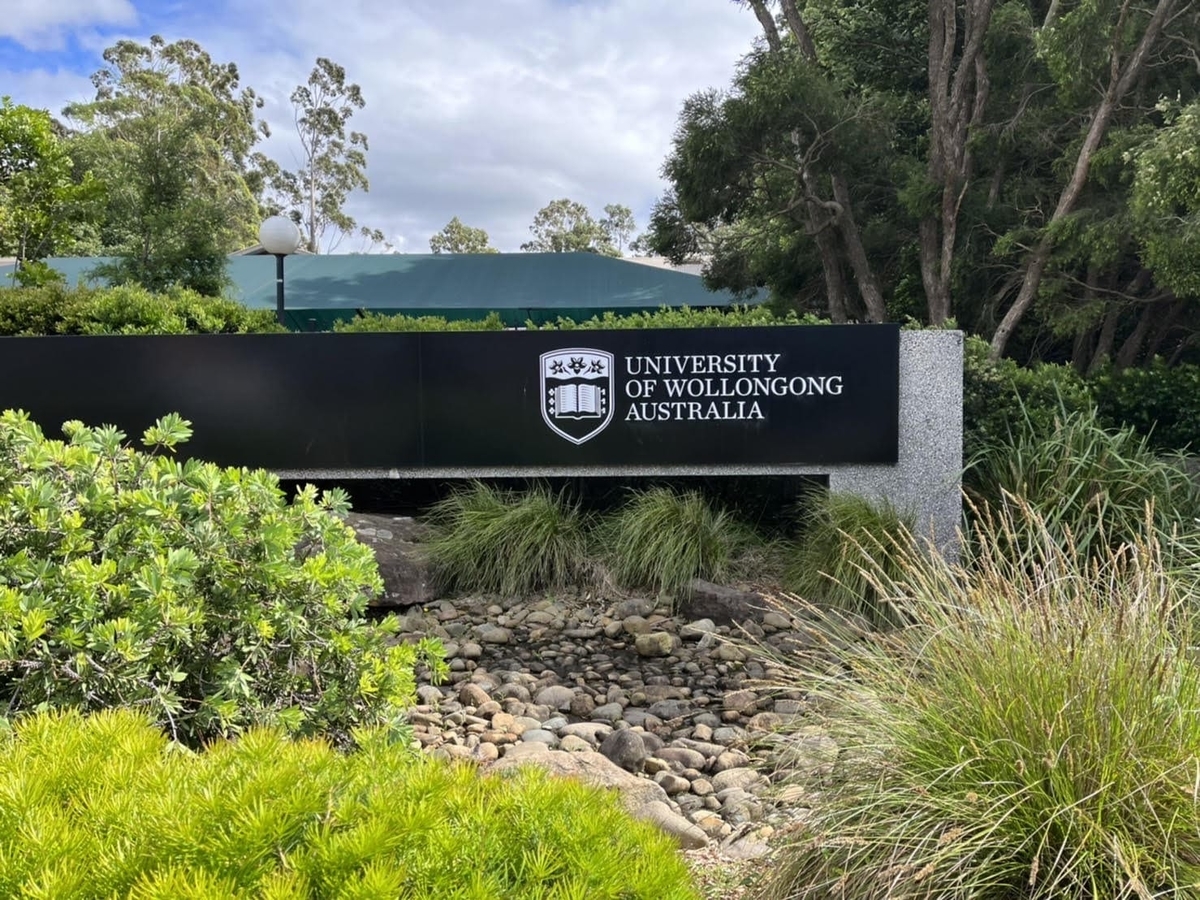 After IELTS, I chose the university where I study TESOL.

About my IELTS experience, please check the articles below.

First, I'll explain why I decided to study abroad in Australia.

①The time difference between Japan and Australia is only 2 hours

②Australian English is spoken in Australia

③The tasks are not so demanding (probably)

Firstly, there is only time difference of 2 hours between Japan and Australia.

I wanted to keep in touch with my family and friends, so Australia is a good choice in terms of the time difference!

The second reason is that Australian English is spoken.

I was planning to study abroad in the UK in the first place, because I prefer British English to American English.

However, I though Australia is better, considering the time difference and the task of the university.

Australian English is similar to British English and this is one of the reasons I chose Australia.

The third reason is that I heard the tasks of the Australian universities are not so demanding.

This motive is impure, but when I consulted with a respected professor, she told me that the tasks are not demanding.

In American and British universities, you have to take part in workshop at university and write a graduation thesis.

However, in the course I am studying, we don't have to write a thesis.

Even so, I had difficulty in keep in up with the classes... (I will write about it in the future)

Apart from the reasons above, I wanted to swim in the beautiful ocean in Australia, and learn about the multiple culture.

In this way, I chose Australia!!

Next is about the university where I study TESOL.

I consulted with a study abroad agency, and it recommended 3 universities:

I chose Wollongong university from the options because

①It takes only a year and a half to graduate

②The university is famous for TESOL

③I was partly exempted from tuition

First, it usually takes 2 years to take a master's degree, but in the course of Wollongong university, it takes only 1.5 years.

I will take an exam for a teacher recruitment and  have to study for that, so the fact that I can graduate early is a great merit for me.

Second, I heard the quality of  Wollongong university's TESOL course is  high and I thought I could study about education and English deeply.

In the course, you can learn not only about theory but about practice, so it must be fun and practical for you.

The last reason is I was partly exempted from tuition.

My GPA of the Japanese university was 3.4 and I got an exemption of about 1 million yen!

I was not such a high achiever, but I was exempted from the partial tuition fee.

I don't know about the clear criteria, but if you are a university student, you should get as high a score as possible.

They are the reasons I chose Australia and Wollongong university.

I will write about University of Wollongong college in the next article!

I am sure you will have a great experience through your studying abroad!!

Hi! I'm Clever Apple, and I wish you a Happy New Year!!

Today, let's learn about some English etymologies of foods. 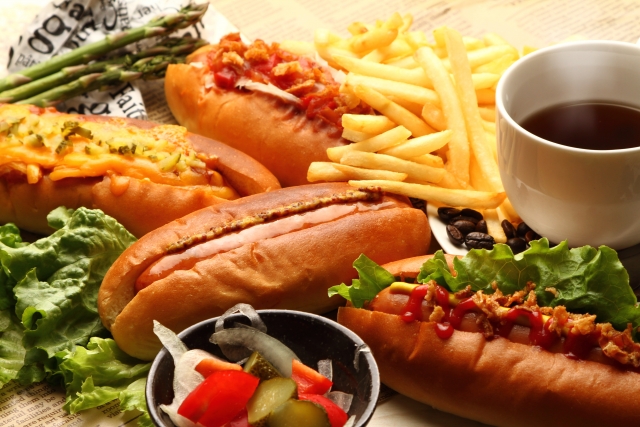 ■Outline■
・This article is about 'Interesting etymology of some foods'.

・Please read this if you are interested in English etymology!

First English etymology is 'Hot dog'.
I guess some people have thought about the relationship between dogs and hot dogs.
According to Saito (2003), hot dogs have roots in frankfurters from Germany, and were named dachshund sausage and started to be sold around a baseball stadium in New York in 1850s.
One day, when a painter drew on a billboard, he couldn't remember the spelling of 'dachshund', so he wrote 'Get your Hot Dogs!' on the board (Saito, 2003).
In this way, it is said that hot dogs come from a billboard.
I felt an affinity with American people, when I knew not only Japanese English learners but Americans also misspell haha.
I personally prefer 'Hot dogs' to 'dachshund sausage'!

The next etymology is 'marmalade'!
As Bekku (2004) says, the word 'marmalade' comes from a Portuguese word 'marmelo' (the meaning is Chinese quince), so 'Orange Marmalade' is a wrong expression.
I had thought that all of jams made of citrus fruits are 'marmalade jam'....

The last one is 'Flour'!
The sounds of 'flour' and 'flower' are same, so I guess some people have thought that there is a relationship between the 2 words.
According to Weekely (1987), a word flower meant 'glamour and best things', so flour was named 'flour', because it is 'the best powder'.
Flour is used in various ways, such as for making pasta and bread, so it is certainly the best powder for people!!
At the end and the beginning of a year, I eat a lot of foods and put on weight...
Be careful of eating too much food and have a great year!!
4. Summary
・This article is about etymologies of 'Hot dogs', 'Marmalade' and Flour'.

・Please tell me if you know some interesting etymologies!!
Reference list

Hi! I'm Clever Apple! I got Band 8.0 on IELTS Reading and I'm studying Master of Education (TESOL) at Wollongong university in Australia.

Today, I will tell you some tips to improve your reading score band effectively and efficiently. 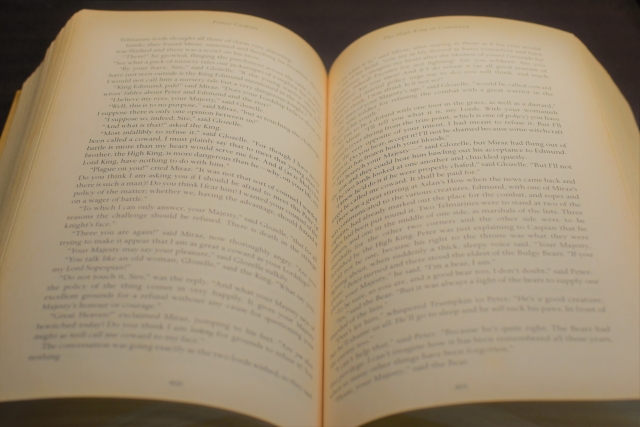 ■Outline■
・This article is about 'How to get Band 6.0 on IELTS Reading, which is required to meet to enter many Western universities.

・The strategies are ①Understand the question format ②Read through the whole scripts ③Start a timer, read the script 3 times, and write some expressions you don't know on your wordbook.

Firstly, it is important to know the question format to get a high score on reading.
This can be applied to any tests, and without knowing the format, you can't study efficiently.
Many bloggers and books explain about the pattern, and you can learn that by yourself through reading the scripts, I will skip the details.
Once you have understood the test format, you should buy or borrow some books about IELTS.
My recommendation is 'IELTS 16 Academic Student's Book with Answers with Audio with Resource Bank (IELTS Practice Tests)'.
リンク
This is official IELTS book published by Cambridge English.
As I mentioned before, I didn't have money to buy those books, so I went to the university library and borrowed almost all of the books and read them.
The contents of the articles in IETLS were interesting for me, so I read them with fun.
Through reading a lot of articles in books, you can strengthen your background knowledge about various topics. Thus, if you cannot understand the sentences in English, you can answer the questions with your background knowledge.
Reading a variety of articles have many merits to improve your reading skills.
In the next section, I will explain 'how to use the materials'.

The next step is to solve the questions in the books.
The 3 steps for reading are
①Solve the questions
②Look up some expressions and words you don't know in the dictionary and understand the article
③Review what you learnt through 3-times reading.
In terms of the first step, I personally recommend 'Read all of the sentences'.
Some people claim that 'You shouldn't read all of the sentences, because you don't have enough time to read them. You should learn scanning and skimming and just read some important parts.'
However, I don't agree with this idea, because you have to read all of the sentences to answer 'TRUE, FALSE, and NOT GIVEN' questions.
You can find the parts about TRUE and FALSE, but not NOT GIVEN without reading the whole script.
Rather than learning reading strategies, such as scanning and skimming, I think you should simply improve your reading speed.
As for me, I read the whole articles and I had an extra time to double-check my answers.
When you finish solving the questions, check the answers and completely understand the scripts in your first language.
Until you can understand the meaning of the sentences, you should read the articles many times.
The final step is explained in the next section.

The final step is about how to review what you read.
You can review by
①Starting a timer and reading the script 3 times.
and
②writing some expressions and words in your wordbook.
First, measure the time you take to read the script 3 times. The time would be shorter as you read.
Through this practice, you can remember expressions you didn't know and you can read English sentences more quickly.
Finally, write some expressions and words you learned as example sentences  in your wordbook.
This is because you can remember such expressions in contexts you are familiar with, including a story you have read.
Acquiring many expressions can lead to improving other sub-skills such as Speaking and Writing!!

・In this article, I introduced some tips for learning IELTS reading.

・The strategies are ①Understand the question format ②Read through the whole scripts ③Start a timer, read the script 3 times, and write some expressions you don't know on your wordbook.
There are also articles about IELTS, so please check them too!!
■Please also see these!■

Good luck with the exam :)